Since the beginning of the pandemic, scammers have used a number of different themes in emails as well as texts to get people to click on fake links and give their details. These details are then used to insist the victim make the payment leading to leaving next to nothing in their bank accounts.
June 9, 2022
Subscribe
Subscribe Here 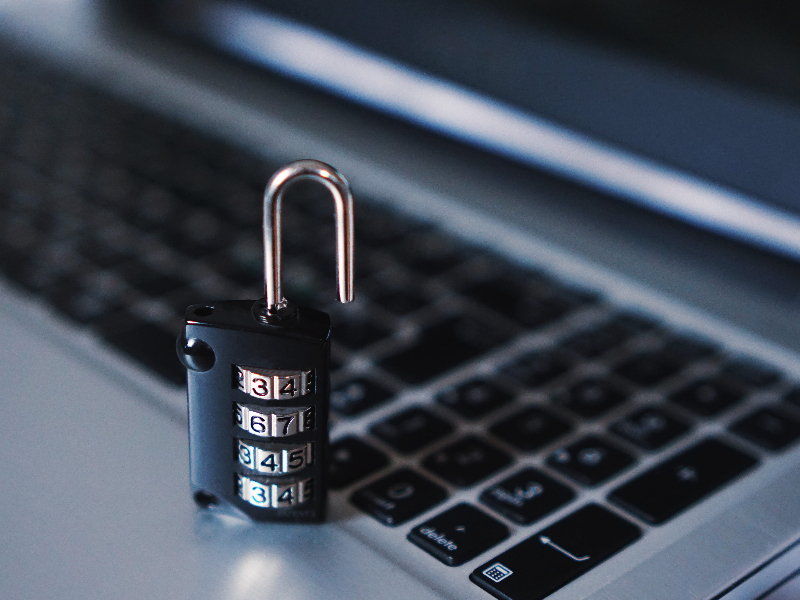 The cost of living could actually be the next frontline for scammers, according to the UK’s specialist police unit for fraud. It has warned that criminals are using the crisis as a way to lure victims and get money from them. The figure shows a record of £101m worth of card and payment crimes that happened last year.

DCI Gary Robinson, who is the head of the Dedicated Card and Payment Crime Unit, says that he thinks scammers use different tactics as a way of asking people for their personal details in order to squeeze money from them. He also said that the next thing he can see is criminals using the cost of living crisis in order to lure people. They might do this by sending messages by offering rebates on electricity as well as gas and end up playing with people’s vulnerabilities.

Robinson also says that as the DCPCU marked its 20th anniversary and actually prepared to release figures that show that 2021 was a record year when it comes to fraud prevention. The unit is funded by the finance industry and consists of officers from the city as well as the Metropolitan police force. Together with members of the banking industry, they blocked £101m worth of scams that operated last year in gangs. The investigation into scams along with frauds involving bank customers led to 123 arrests and a lot of disruption of activities of 23 criminal gangs.

Since the beginning of the pandemic, scammers have used a number of different themes in emails as well as texts to get people to click on fake links and give their details. These details are then used to insist the victim make the payment leading to leaving next to nothing in their bank accounts. 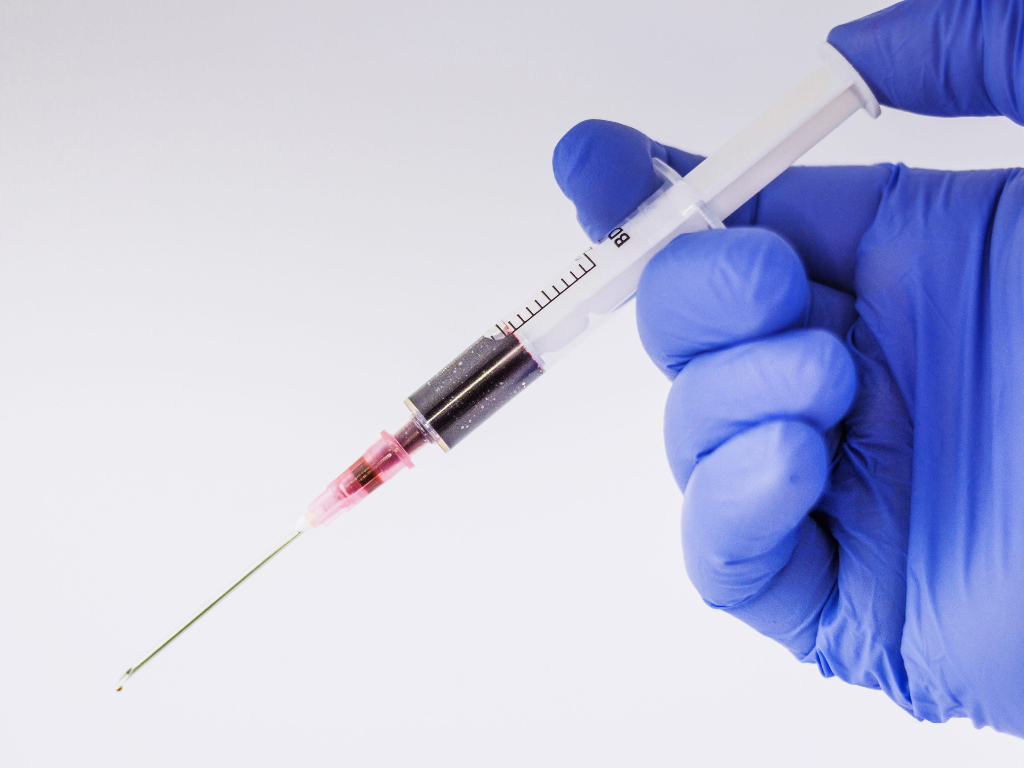 Robbinson says that scammers nowadays are getting smarter than ever. They pick the latest trend and use it to scam people. Once it’s over, they switch to the other ones. Through the pandemic, scammers started with vaccines, then tax rebates as people were working from home, then vaccines again; delivery scams were popular too as there was a lot of online shopping going on.

Not to add, there was a huge increase in romance/dating scams as well since people were lonely at home and couldn’t go out. This was the perfect opportunity for scammers as they didn’t have to meet someone in person due to the pandemic and could get money out from them easily. Moreover, work by the unit actually led to many convictions that were related to Covid scams.

Scams involving e-card appear year-round. To prevent this kind of scam, you can contact us for support

There was actually one person who got the details of his victim by sending texts acting to be someone from the NHS. The figure, £101m, is actually for prevention which is based on the value estimated of a crime that would have taken place if the unit did not seize data or equipment, which includes different devices that included personal data as well as different cards skimming tools.

Robinson also said that his unit had gained a lot of benefit from the support of telecoms as well as social media when it comes to tracking down criminals who were reliant on technology in order to find people to scam. Robinson also says that years back, whenever a scam was reported, the team would get a warrant and go into the property of the scammer and find an old-style fitting cabinet that had stolen cards and counterfeit cheques behind it. He says that now these things happen in a faceless way.

During the pandemic, the number of frauds increased, and last year UK finance reported that £754m was stolen from bank customers in six months only. Robinson also says that these cases were taken on by the unit, which focused on the organized crime gangs who were behind these frauds, and it took time to work through in part due to the scale of the scammer’s operations. He added, saying that the desire is not just to catch these low-level criminals but to climb to the top. Share intelligence which resulted from the unit, along with 20 years of experience, is what actually made this possible.

Some crimes involve bank insiders who are usually placed behind organized gangs, and many involved scammers pretend to be from banks as well as building societies’ fraud departments. There are many other people who are involved in such crimes, and that is how they are executed. It is not a one-man’s work.

Robinson also said that his work has made me well aware of the calls he receives. He added, saying that his bank called him the other day about a transaction, and he had a thought that it really was his bank. Instead of responding right away, he said that he stopped and made sure to check first. He said that it is completely fine to reject and refuse or ignore any requests they are making over the phone. One thing to remember is that criminals are always going to make you rush; however, the bank or the police are never going to do that.

DO YOU NEED EXPERT ADVICE?

We have encountered victims who were mentally and emotionally drained when they were scammed out of their money.

Scams are increasing day by day

Everyone nowadays needs to stay safe at all times. Never ever trust anyone that easily. There are different scams happening, such as dating ones, fake bank calls, fake rebates, and so much more. Scammers are going to try their best to make you fall for their trap. Follow the tips below to keep yourself safe from these scams:

Read everything you need to know about scams visit Ezchargeback, you can also visit our news page for more updates. 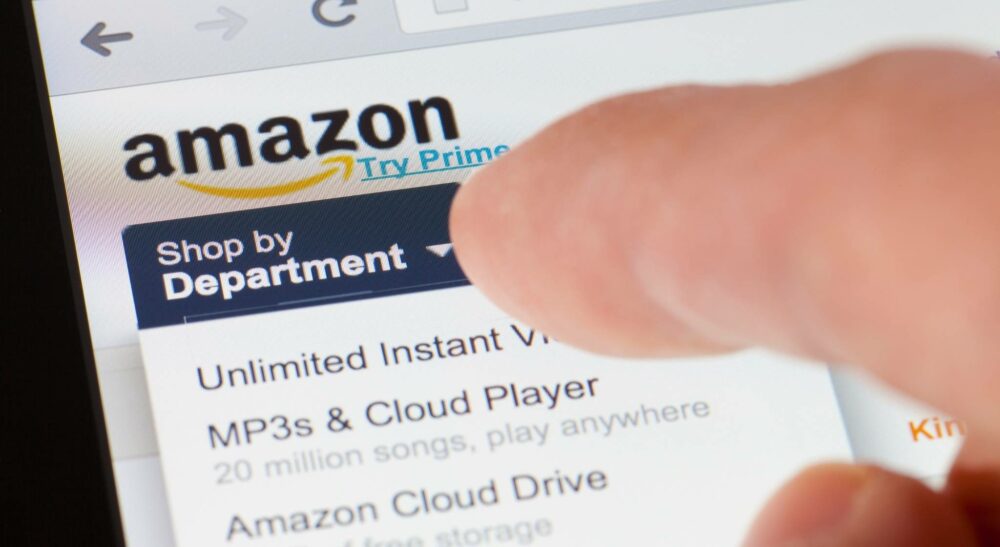 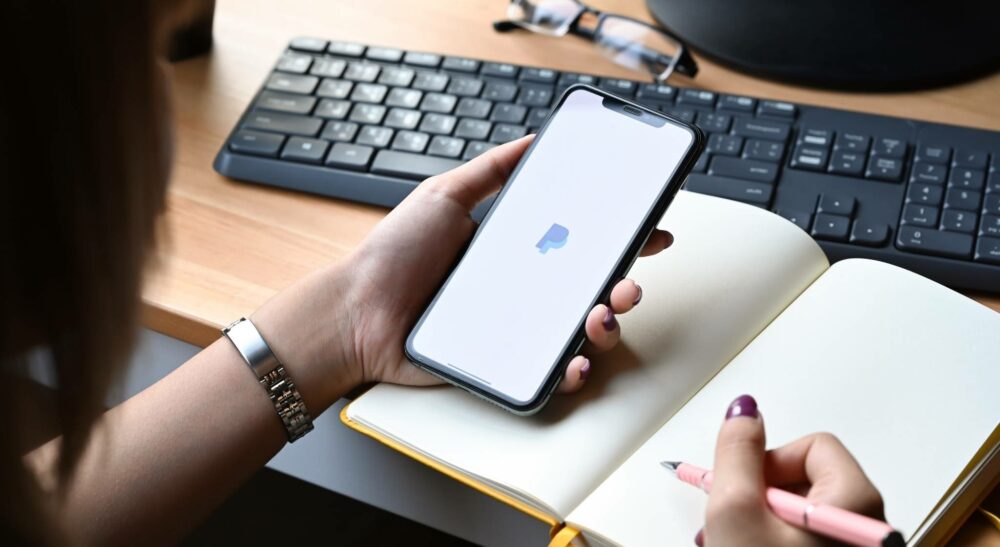 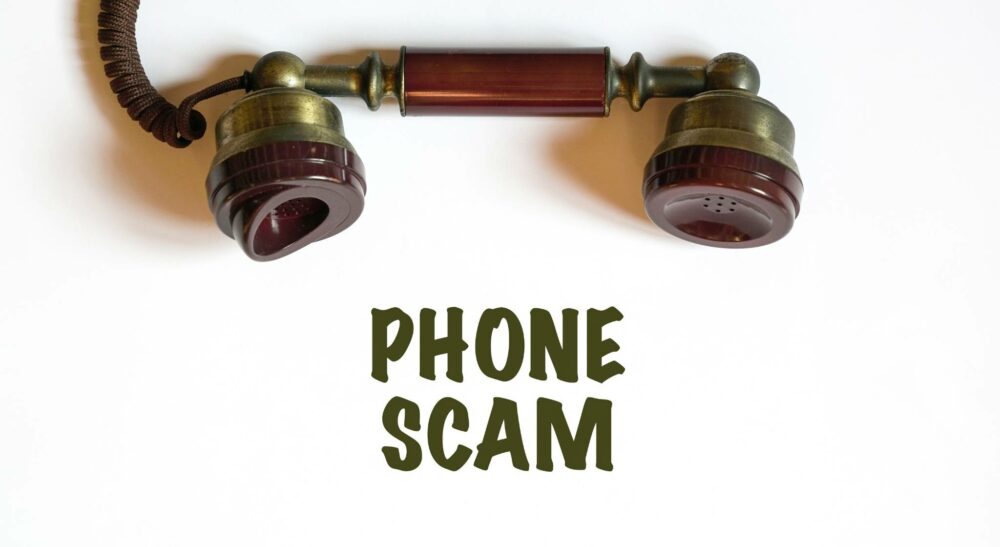 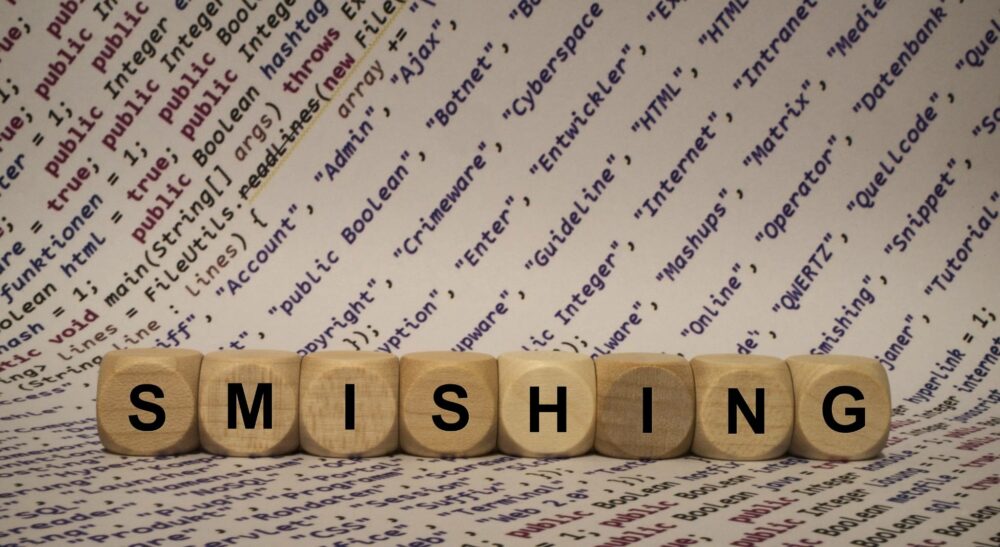 Alert| 24fxoddpro Review: Is It Legit Or A Scam

The crew at Ez Chargeback, a specialized business dedicated to helping clients recover money lost online, is available around-the-clock and has helped clients throughout the globe recover millions of dollars. Read this 24FXODDPRO review to know more!

If it is, Saygus has made a point of giving the impression that the business truly plans to produce a phone. Its prototypes, which I have personally used, are useful but otherwise quite ordinary—even going so far as to rent up a portion of an office complex in Utah and construct a massive Saygus logo on the structure.

Red Flags To Look Out For During Online Dating Scams

Red Flags To Look Out For During Online Dating Scams We’ve all used dating apps and had our worst nightmares come true. Dating has become

ALERT | Heynepmarkets.com Review: Is it Legit or a Scam?

Read More »
PrevPreviousVictims of Romance Scams Are Made To Feel Like Criminals By Banks
NextTinder Romance Scam Update: A Scam Artist Might Escape Prison Time Again!Next
Report a Correction or Typo

FundTrace is committed to upholding the journalistic standards online, including accuracy. With our news reporting, our policy is to review each issue on a case by case basis, immediately upon becoming aware of a potential error or need for clarification, and to resolve it as quickly as possible.

do you need help?

A lot of those who contact us have questions and concerns about their personal and business data being compromised. We aim to arm you with the legal and technical know-how in the fight against scams. Also, we will be able to refer you to top scam recovery agencies.

Please fill up the form. Rest assured that our support team will get in touch with you 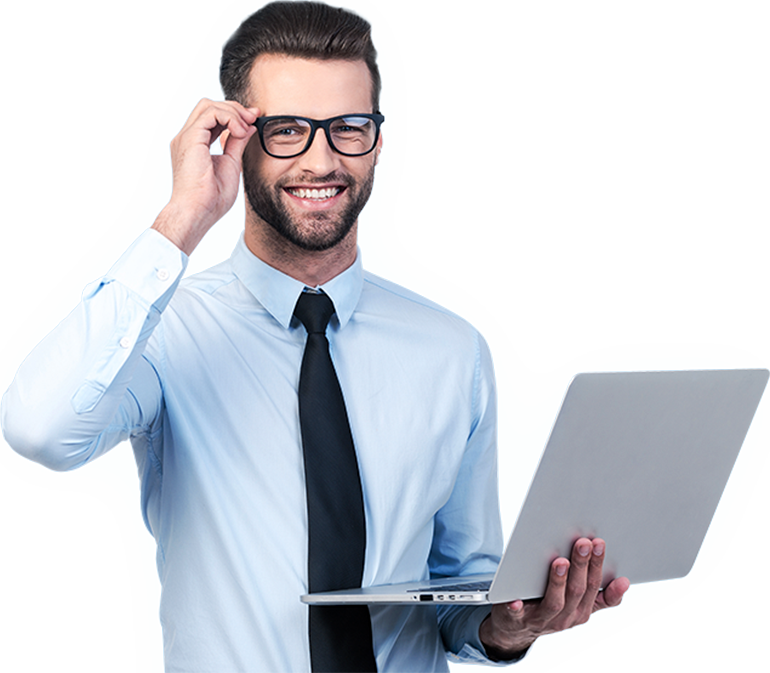 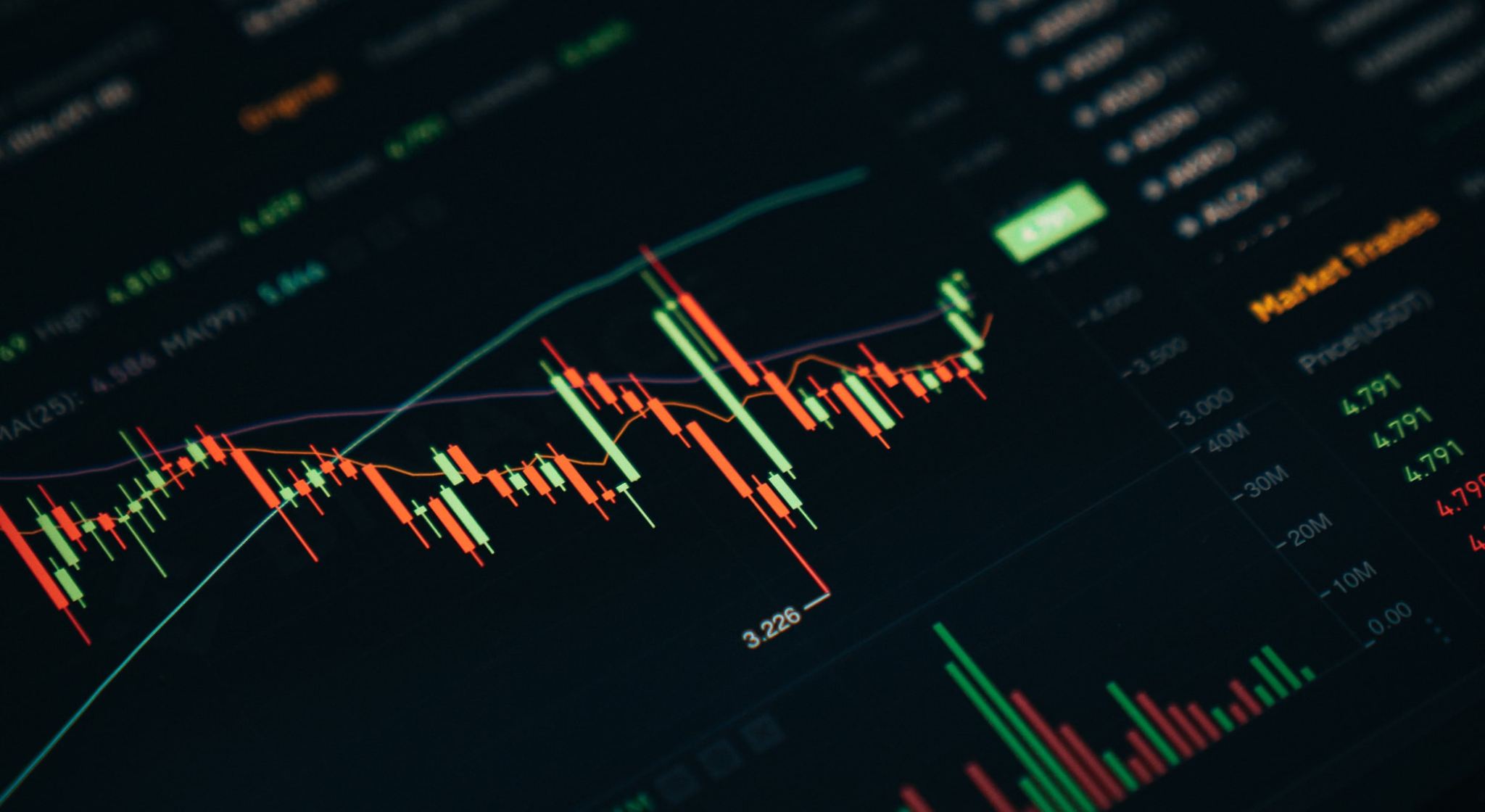 Illeana Marcos Lost Her Money in a Forex Scam but Ez Chargeback Helped Her Recover The Amount!

The forex market is a legal trading market where world currencies are traded. This in itself is not a scam. Without a foreign exchange market, it would be difficult to trade the currency needed to buy imports, sell exports, go on vacation or conduct cross-border business. 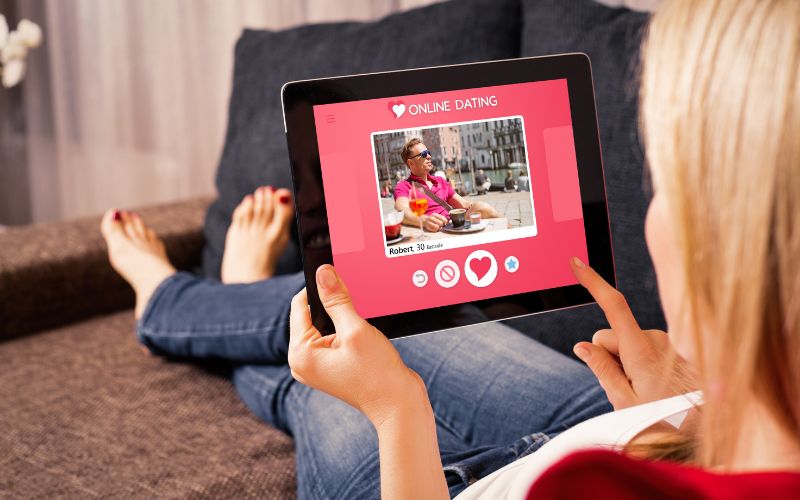 These scammers are the masters of disguise. They create fake profiles and do complete research before trying to reach people in order to make sure they know the tricks that can exploit their targets. Most of the people who have been scammed online were scammed through online dating.

How Do You Know If The Online Platform is Legit?